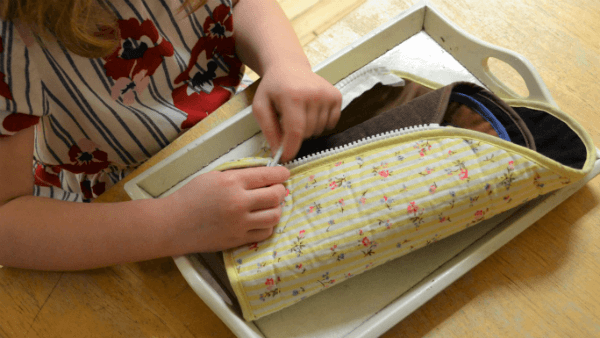 This article was published in the Washington Post January 2, 2007, when Montessori Education was celebrating its 100 year anniversary. It highlights how Montessori came about, and how it has grown across the world.

The kids who scampered about construction zones in the San Lorenzo slums of Rome gave the work crews fits. Then the builders heard some woman doctor was recruiting students for a new school. They begged her to enroll the troublemakers in the Casa dei Bambini.

Maria Montessori agreed. Her Children’s House offered a few dozen young students freedom. They could sort blocks, measure with beads, play with wooden letters or explore another project of their choice. They roamed through classrooms rather than building sites.

The results of this experiment launched in January 1907 captivated the education world, inspiring a movement over the next century that has helped define child-centered education.

More than 5,000 Montessori schools are spread across the United States, at least 8,000 worldwide. Dozens have sprung up in the Washington region .

The American Montessori Society, based in New York, reported 7 percent membership growth in just the past year, and many of the schools are getting ready to celebrate the centennial of the Montessori beachhead.

Once considered a maverick experiment that appealed only to middle-class white families in the States, Montessori schools have become popular with some black professionals and are getting results in low-income public schools with the kind of children on which Montessori first tested her ideas.

The stubborn Italian physician and her contemporary, U.S. philosopher and psychologist John Dewey—who believed that learning should be active—are considered perhaps the most influential progressive thinkers in the modern history of education.

But Montessori has had the more tangible impact, with versions of her child-centered practices passed from preschool teacher to preschool teacher, some not even aware of the origins of what they are doing.

Nowadays, her advocacy of unstructured class time seems antithetical to today’s structured classrooms, with their emphasis on standardized testing and meeting the mandates of the federal No Child Left Behind law.
To read more, follow this link.

La Crescent Montessori & STEM School was founded by a group of interested parents and became a Minnesota public charter school in August 1999.
Looking for Something?